On the State and General Condition of Civil Society in Germany

Opusculum 169 | 10.08.2022 | „Germany offers auspicious conditions for an active civil society, even if current as well as longer-term developments pose a challenge to citizen participation.“

The general political and social conditions for civil society in Germany are favourable.[1] With its democratic, federal system of government and its political culture, Germany offers auspicious conditions for an active civil society, even if current as well as longer-term developments pose a challenge to citizen participation.

The rule of law and the protection of human and civil rights, especially the freedom of association and of assembly, all of which are crucial factors for civil society, are in place. The information rights of those in power vis-à-vis the citizens are legally guaranteed, albeit often characterised by a mentality of goodwill. The media system, with its mix of public and private providers, allows for independent journalism. However, the increasing usage of different social media platforms encourages the division of the public into sub-groups and the compartmentalisation into separate information spaces. A common public sphere, which also allows civil society action to become more visible, only exists to a limited extent. Its visibility within the aforementioned sub-groups of the public therefore varies greatly, and in some cases civil society even assumes the position of a hated figure in spaces of right-wing populist discourse. The social inequality that drives this division is not without its problems, despite the country’s overall high economic performance.

The public perception of civil society is characterised by a diffuse image of who or what it is. It generally carries a positive connotation because of its orientation towards the common good and, as one interviewee put it, its potential to make life better. Civil society organisations (henceforth CSOs) as a whole score high trust ratings among the public.

The societal discussion about the role of civil society in the political will and decision-making process is one of the most important current debates. This affects large parts of civil society, not only the politically active watchdogs, but also supposedly ‘apolitical’ sports clubs or service-providing welfare associations that wish to reflect upon and adopt a social position in light of political polarisation. It is a contested and controversial space. So far, CSOs have had only limited parliamentary consultation rights, although in recent years civic consultation opportunities – for example in the form of citizens’ petitions and referenda – have increasingly gained traction at various political levels. There are few institutional participation formats for CSOs, and cooperation and involvement in ministries vary greatly. They make use of traditional forms of lobbying to exert influence where access to political actors is restricted and are often dependent upon personal contacts.

Two current developments explicitly refer to this phenomenon. On the one hand, the coalition agreement for the formation of a new Federal Government of 24 November 2021 emphasises: “A strong democracy depends upon the people who support it. It needs a diverse culture and free media. Volunteering and democratic engagement strengthen social cohesion. It is our task to reliably promote them” (Bündnis für Freiheit, Gerechtigkeit und Nachhaltigkeit 2021:7). On the other hand, the new Lobby Register Act came into force on 1 January 2022. It establishes a set of rules for anyone who speaks to members of the Federal Parliament (the Bundestag) and the Federal Government as well as for senior members of staff from federal ministries in the context of a lobby group. This includes civil society actors.

In recent years we have seen the emergence of the new field of so-called engagement policy (Engagementpolitik). As a result, the concerns of civil society, such as favourable conditions for civic engagement, are given greater consideration. In the run-up to the 2021 Bundestag elections, for instance, associations, networks and individual organisations have raised their hopes for the next legislative period with the parties more clearly than ever before. However, a trend towards the state taking over and administering civil society can also be observed. Yet, the power of large umbrella organisations remains palpable. Individual, smaller CSOs are also mobilising the public for their issues through demonstrations and increasingly through online networking. Currently, we can see an increasing overlap of both methods.

There is a noticable trend of repressive measures taken by the state against civil society around the world – often referred to as the shrinking space for civil society – which does not seem to take place in Germany in any systematic way. Nonetheless, instances of this phenomenon can certainly be found in the struggles for recognition and political co-determination. Court decisions such as the one against the organisation ATTAC (Federal Fiscal Court 2019/2021) are part of the debate about political engagement and its compatibility with the common good, as seen in the composition of non-profit law in particular. The issues often revolve around small details and examples appear in this report, such as the right to demonstrate. This shows the state’s potential to impede civil society action.

Tax law still primarily determines the general conditions of civil society, as most CSOs strive to attain the status of a registered tax-exempt charity, which comes with specific tax advantages. The tax office oversees this status and subjects CSOs to its administrative regulations. While acceptable in principle, the regulatory framework is complex, rigid and highly outdated in many regards. Changes often only lead to an increase in administrative requirements and do not bring about any real improvements; the systematic inclusion of civil society is often lacking. People have been calling for reforms to non-profit law for decades. The 150 year old legal framework has not been properly tailored to the reality of the 21st century. Some legal bodies, such as foundations, have received more support than others in recent years. There is still no standardised register of all CSOs, and advances such as the so-called ‘Transparency Register’ are poorly coordinated.

Civil society’s financial situation is characterised by various forms of income, such as service fees, donations, revenue from endowments, membership fees and public funding. The willingness to donate, as well as income from membership fees, have remained relatively stable over the last few years and, overall, have not suffered significantly, even during the Covid-19 pandemic. The tendering capacity for public funds has grown, but increasingly involves more application work and more competitive conditions, sometimes alongside commercial providers. There is growing pressure to economise. Most CSOs have no financial reserves and are often marked by precarious organisational and working conditions. The power imbalance between donors and recipients, which often leads to dependencies and stands in the way of equal cooperation, poses yet another problem.

Civil society is growing but is marked by change. New fields of engagement are emerging, such as in the formerly purely state-organised educational landscape. Demographic change comes with recruitment difficulties and concerns about finding new volunteers, especially to fill long-term voluntary positions. At the same time, new forms of engagement have developed. In recent years, digitalisation in particular has led to completely new forms of networking and mobilisation of civil society action.

It is too early to predict the effects of the Covid-19 pandemic on civil society, but it is already quite clear that a large part of all CSOs will be affected. Civil society’s low level of involvement in the discussion on risk assessment and planning will have consequences for many local CSOs in particular. Among other things, they bemoan a loss of members and have so far pointed out the societal consequences of the loss of voluntary community building caused by the repeated lockdowns – albeit without receiving any noticeable response.

The discrepancy between the framework conditions of civil society, which are shaped by the nation state, and its radius of action, which is mostly non-national, poses a continuing challenge. In many cases, civil society’s radius of action is only local or regional, but instances of it being transnational, European and global are on the rise.

This report attempts to describe the current state of the sector. It endeavours to address as many aspects as possible, although it is naturally impossible to cover them all. The concern about a shrinking space for civic action sits firmly at the centre of this report.

>> The original German report is available for free download here. 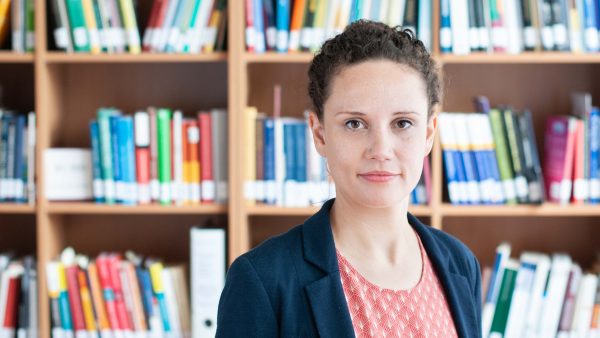