2020 has been a turbulent year so far. Multiple crises are co-existing and influence the way this year will be remembered: the climate crisis, the corona crisis and the racial injustice crisis. The link between these three crisis-phenomena are rarely explored, yet they are evident.

In and throughout 2019 terms such as ‘climate crisis’ and ‘climate emergency’ have at some point come to the forefront of the news, reporting on the inbound natural disasters, if we were to stay this course. Civil society activists such as Fridays for Future are largely behind the global rebranding of ‘global warming’ and ‘climate change’ into ‘the climate crisis’, attempting to force action in global society and generate a more active stance. Different media endorsed this change in discourse. For example, the Guardian started favouring the terms climate emergency, crisis or breakdown. This change in discourse appeared to have positively influenced global citizens and a literal trend of being environmentally conscious emerged, at least until we faced a new crisis: COVID-19 – only to be followed by another one: resurfacing protests against racial injustice.

With the sudden and all engulfing emergencies brought on by corona, all fear about the global climate crisis seems to have been postponed, as citizens were preoccupied with a more immediately life threatening situation. At first, some environmentalists treated the corona crisis as a ‘blessing in disguise’ by seeing the effects of the worldwide closing of factories, travel bans, working from home, etc., on global emission reductions. Corona was briefly perceived as an opportunity to change our habits and work towards long-term climate protection: the keyword being briefly. A couple of weeks into the re-opening, many countries are again displaying rising emission levels. Take China, for example: their emission levels have long surged past the pre-corona measures.

To the current day, the corona crisis and the climate crisis are largely handled as two separate processes that just accidentally co-exist. We tend to ignore historic evidence finding that the outbreak of a pandemic is often an immediate consequence of the destruction of nature. Even though the concurrent corona pandemic has, not directly, been linked to the climate crisis, it can be traced back to the human tendency of invading natural habitats. E.g., SARS-CoV-2, a zoonotic virus is believed to have originated from the consumption of bats. As stated by the American Nature and Science writer David Quammen: “We cut the trees; we kill the animals or cage them and send them to markets. We disrupt ecosystems, and we shake viruses loose from their natural hosts. When that happens, they need a new host. Often, we are it.”

When analysing the historic occurrences of pandemics, a trend can be perceived. Pandemics tend to follow after a period of climatic fluctuations, i.e. after multiple extremely cold and wet summers. One of the first recorded examples of this would be the Dantean Anomaly, a pandemic that affected most of Europe between 1309 and 1321 (see Simone Carolina Bauch: Rapid Climate Change in late Medieval Europe with a Global Perspective). More recent cases would be the example of Rift Valley fever and Chikungunya fever: The spread of Rift Valley fever took place during the El Niño phase in the Southern Oscillation (2006) and Chikungunya fever‘s initial outbreaks are traced back to a regional drought period in Kenya (2007). As mentioned, the increased destroying of nature, ecosystems, and killing and consumption of certain species has not just forced the current pandemic upon us, but has led to similar situations in the past: the spread of HIV is traced back to the hunting and consumption of chimpanzees, and the Ebola virus is believed to be animal-born with bats and non-human primates being the source. Due to the consistent rise in temperature and the steady increase in human population, it is to be expected that the effects of global warming will worsen continuously. This is also likely to cause more regular outbreaks of new pandemics, as the increase in temperature has a direct effect on, for example, infectious agents. (E.g., malarial parasites thrive in at higher temperatures.)

Besides being affected by the corona crisis and the climate crisis a third issue has become prominent in the last weeks: the movement supporting Black Lives Matter (BLM). The BLM movement highlights a crisis, which has been part of mankind for decades; inequality and racial injustice. In April 2020, the first studies surfaced that claimed people of colour are more likely to suffer from corona. This had nothing to do with a biological difference between black and white, but with the fact that a disproportionate amount of people of colour work in jobs that expose them to the virus, e.g. the food sector, as caregivers and nurses. Add the fact that a disproportionate amount of them live from paycheck to paycheck, which does not allow them to work from home or take (quarantine related) sick leave. Especially in the US, the emergence of corona highlighted the continuous systematic racism people of colour have been facing every day. People of colour are not just more likely to suffer the negative consequences of corona; they are also more likely to face the consequences of the climate crisis, as they account for the more vulnerable part of the population. At this point, the climate crisis and the racial injustices show certain similarities, as people of colour draw the short stick in both cases.

What seems to have happened throughout 2020, is a crisis revelatrice as long predicted and analyzed by Anthony Oliver-Smith (1996). He describes the phenomenon of how newly occurring crisis situations will elevate the negative effect of already existing societal crises.

The underlying question of this text remains unanswered: Are the climate crisis, the corona crisis and the racial injustice crisis separate crises, or are they perhaps so intertwined that we should speak about one large crisis? From what has been said so far, the apparent connections between these three different crisis-phenomena have become evident. The simultaneous re-appearances of climate and health crises throughout history and the continuous systematic racial injustice, making people of colour more likely to suffer from both, are three issues our society today battles with – not to mention the legitimacy crisis in our political and social order. Even though one could argue for them to be interlinked, at least for now it appears to be more useful to treat them as separate crises. Due to their sensitive nature, labeling them as one might not do them enough justice. The responsibility to counteract the potentially devastating consequences currently faced lies largely in the hands of organized civil society, it being a collective responsibility to advocate for positive global social change. 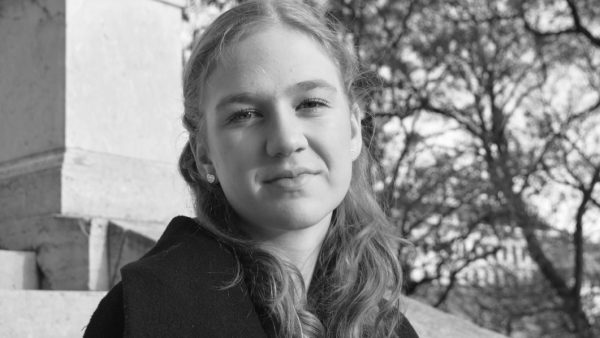