During his time in power, Bolsonaro, a right-wing extremist, systematically attacked NGOs, openly celebrated the Brazilian military dictatorship that had tortured and killed hundreds of people between 1964 and 1985 and encouraged his supporters who demanded a military coup in 2020. Bolsonaro is also homophobic, misogynistic, racist, and hostile to indigenous communities. He is the first elected Brazilian president who failed to win another term. This ARD article explains why one can view him as a right-wing extremist:

Lula’s narrow victory is a result of a polarised country. Political analysts and media outlets had speculated whether Bolsonaro would accept a possible defeat before the polls opened. After Brazil’s Superior Electoral Court revealed Lula’s victory, Bolsonaro had been expected to accept the results, as is the norm in a democracy. However, he remained silent for almost 45 hours. In the meantime, his supporters blocked 130 roads in Brazil, which led to food and gasoline shortages in several regions.  On the afternoon of 1 November, he broke his silence, thanking his voters, claiming that the protests were due to a shared feeling that the election was unjust, but also indicating that the transition of power would proceed as normal.

As of 10 November 2022, there are still road blocks in Brazil, street protests remain ongoing, and in the southern state of Santa Catarina, the public prosecution authorities have opened an investigation into some of Bolsonaro’s supporters, following the release of a video showing them using Nazi symbols.

Lula and his wider democratic alliance face the challenge of reuniting the country while navigating hunger, poverty and economic decline. Civil society organisations, NGOs, and those working to preserve the Amazon rainforest (who were especially targeted by Bolsonaro’s policies), do not just hope for a better future under Lula, but are also working towards that. An example of civil society mobilisation for the climate and environment is a publication  by the Brazilian Talanoa Institute: ‘Reconstruction: 401 acts of the Federal Executive Government (2019 – 222) to be repealed or revised for the reconstitution of the Brazilian climate and environmental agenda’.

Countries that have previously invested in such as Germany and Norway, which had suspended investments under Bolsonaro, have already indicated their willingness to reestablish support under the new government.

Brazil is the largest democratic nation in South America. It has 214 million inhabitants, and Lula’s win is viewed by national and international media outlets as having the potential to diminish the influence of the extreme right movement in the country.

Luisa Bonin is a Guest Researcher from Brazil, selected as a German Chancellor Fellow in the 2021-2022 cohort. She holds a Social Communication degree with a focus on Public Relations from Federal University of Paraná (UFPR), and she has been working with social impact, development projects, communications, and private fundraising with the Brazilian non-profit Aliança Empreendedora (Entrepreneurial Alliance) for the last ten years. There, she also co-founded the online platform TamoJunto.org.br to support low-income microentrepreneurs in Brazil, after having reached more than 100,000 people and encouraging them to develop their small business since then.

At Maecenata, her project is called “Strategic Philanthropy: German and Brazilian Private Sector Practices on Social Investment – a Comparative Perspective.” Bonin she aims to investigate social investment decisions, and the most (and the not so) effective corporate philanthropy practices in Germany and in Brazil, and how these practices affect causes, social organisations and beneficiaries, and also highlight the ones that create effective social transformation and strengthen organizations as well as their beneficiaries. 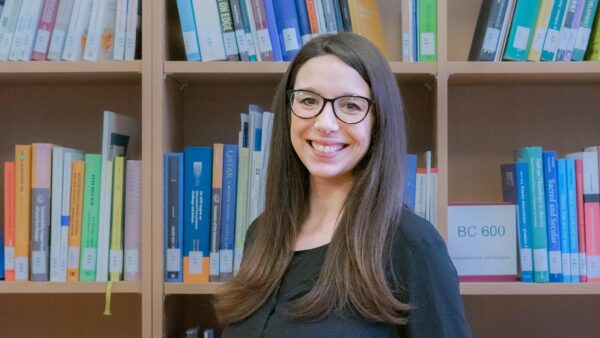