Study on European public opinion regarding the war in Ukraine

22.12.2022 | ‘Under pressure: The war in Ukraine and European public opinion’ rublic support remains stable but there are concerns over the impact of Putin’s war on energy costs

They found that 80% of participants support the idea that the EU must play a leading role on the world stage, with 77% believing that the US is the bloc’s most trustworthy partner. Similarly, 81% of participants were in favour of welcoming refugees, with the majority also supporting the European supply of weapons to Ukraine and the country joining the European Union (60% and 66%, respectively). De Vries and Hoffmann found that the war has prompted more public support for EU enlargement, which stood at 71% among the survey’s participants.

However, the researchers were also keen to stress the heterogeneous attitudes of European citizens towards Ukraine. Generally, member states back EU weapons delivery more so than from their own government (60% versus 54%), whilst expressing broad support fora common European defence and security policy or greater energy independence (88% and 72%, respectively). One point of interest observed by the researchers is that younger Europeans is the demographic that tends to demonstrate less support for the latter issue.

On the whole, survey participants did not decrease their support for Ukraine over time, in spite of the cost of living crisis. French public opinion changed the most, possibly due to the country’s elections in April 2022. De Vries and Hoffmann concluded that “The most significant shift has taken place over issues of EU enlargement,” with concerns over the energy crisis beginning to increase. The argued that conveying “the case for solidarity with Ukraine in an effort to convey how it protects our livelihood and our European future” will be the most effective way for politicians to sustain public support.

My Colleague in Ukraine

On the Maecenata blog our Ukrainian Fellow Nataliia Lomonsonova published a bi-weekly post about civil society in Eastern European countries, especially in Ukraine. Her areas of interest included the voluntary work of grassroots organisations in Ukraine and their role in the country’s future reconstruction. Her work is now available to read online, as a Europa Bottom-Up publication.

Our Transnational Giving Programm supports numerous projects that collect funds for Ukraine. You can find more information about the funds here. 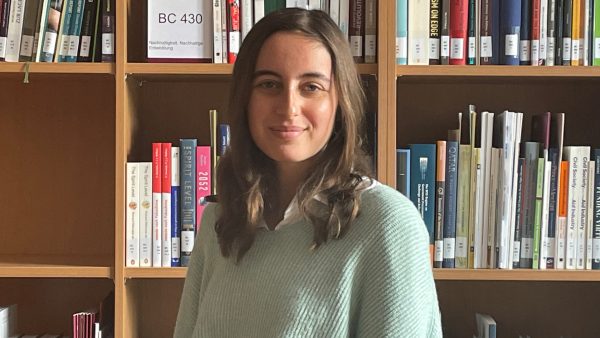 Member of the Communications team
lab@maecenata.eu