Besides the Coronavirus, another virus has recently become increasingly visible: the virus of racism, inequality and poverty. A look at the colonial past helps put things in perspective.

Among all uncertainties about Covid-19, which we have been confronted with over the past months, we’re witnessing these days a second, unexpected outbreak, possibly more poisoning and lethal than the physical virus: the virus of racism, inequality, poverty. Let’s cut through all speculations and get a handle on this right here!

This second wave started in the United States back in February with President Trump not taking measures against the rapidly spreading avalanche of infections. “It will go away like a miracle”, he calmed down the nation. It did not. On the contrary, the US and New York City became the epicentre of the pandemic with more than 100.000 fatalities so far and 40 million unemployed, struggling to make ends meet. Ten thousands of lives could have been saved, critics claim, if Trump had reacted with a whole-hearted lockdown two weeks earlier.

Many black and brown folks, frontline workers with high exposure to the virus and little or none health insurance could still be alive, perhaps. The pandemic revealed blatant inequalities of a country that likes to raise its voice for democracy and human rights and intervene around the globe. Thus it took only one more droplet of fire accelerator to set the country afire. The brutal police killing in plain public of George Floyd, an Afro-American in Minnesota on May 25.

The new virus has come out of the closet. Racism. Manifestations in London, fierce protests of Afro-French citizens in Paris against discrimination, German soccer in controversy over solidarity gestures of players, and ZEIT reporting on daily German racism. As this is written in the morning of June 4 in Medellín, the “El Colombiano” is being delivered with an outcry on its front page. Medellíns daily shows the indigenous tribe Huitotos in Leticia, Colombia’s Amazon port – headline: “Necesitan atención”, they need attention!

93 covid-infected indigenous communities in South America, 548 fatalities, with no medical and protective equipment in the region, open borders around the Amazon river, and traditionally very little resistance of indigenous people against the viruses, which colonists have brought to the Americas over the past 500 years. Covid-19 is just another disease in a long chain of imported epidemics and pandemics. “Covid demonstrates the historical debts of the nations towards the indigenous”, comments Silvana Baldovino, Peruvian Society of Environmental Rights on the fearsome development in South America.

Which, at first sight, is largely attributed to Brazil’s populist and autocratic head of state, as most commentators agree on. Like his fellow-president in the North he ridiculed the threat of the pandemic and recommended prayers and a strong belief in God as the remedy, as Bolsonaro’s middle name is Messias (“Messiah”). Now the virus is creeping from heavily infected Brazil via Amazonia into the neighboring countries. Some like Peru and Colombia took immediate shutdown measures within record time after horrible pictures from Italy and Spain had gone viral.

Containment has been effective in Colombia (499 infections per million inhabitants as opposed to 5.409 in the US: Inst. Nacional de Salud/end of May), whereas Peru has been less fortunate (4.306). 70 percent of the population belongs to the informal labor force – streetworkers with the option “hunger or virus”. Accordingly, the director of the German Colombian Peace Institute CAPAZ, Stephan Peters, had warned early on in March in the international media: “Inequality kills: Corona will hit the Global South much harder than the North. The risk of massive political unrest and instability is looming.”

Which leads back to our focus: What’s the underlying current? What has Trump to do with the indigenous, Macron with Bolsonaro, Merkel with Floyd? A whole lot!

Spike Lee, prominent New York filmmaker and multiple award winner stated in an CNN interview this week: That the United States was built on injustice and racism; that the British settlers took the land away from the native Indian population and imported slaves from Africa; that over 400 years racism has flourished in US institutions and the population with innumerable cases of lynching, police brutality, everyday discrimination – “enough is enough”, concluded Lee. Corona is a radical break.

Lees historic judgement of European colonialism and illegal acts of usurpation applies very much, even more so to the Southern regions of the Americas. In an unprecedented historic genocide more than 90 percent of the indigenous population was eradicated, largely due to imported diseases like flue and smallpox.

With a corona recurrence now in the Amazon Basin, while its deforestation in the shadow of the pandemic accelerates and puts the world climate even more at risk. This all on top of millions of homicides during the submission of Hispanic America, mass slavery like in the North, church brutality, shameless robbery of gold and valuable natural resources. All this we have learned in history – but have things changed?

Conquest and exploitation never stopped, the fuse is burning – and in light of its flame it’s high time to rethink Western civilization and enlightenment, redefine liberty, freedom, democracy, reassure us of our common future. In account of this sad history we may have doubts that our political, economic, religious leaders can fix this. If you understand this as a call for the world civil society as a unique cosmos of independent bodies of unorthodox and courageous thinkers and makers to jump into this global crisis, forge bridges across antipodes and shape the post-corona world, I‘d feel myself understood.

Why don‘t we start with brushing up our language? America is made up of 35 independent nations, one of which is US-America. America is with more than 700 different languages spoken (560: LatAm, 175: US) culturally so diverse that the Americas is an increasingly popular geographic term. 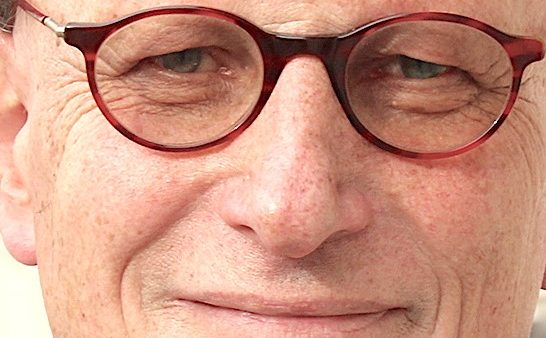